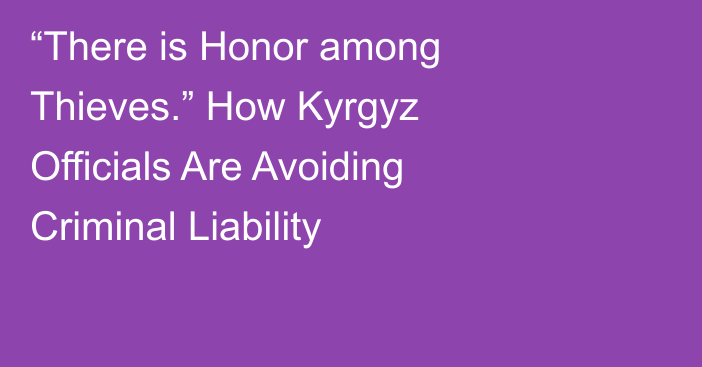 Every month Kyrgyz media is filled with headlines about the detention of high-ranking officials, sometimes followed by news about the severe sentences handed down to them by the courts. However, Kloop found out that these officials frequently get off without punishment: they flee from justice abroad, buy their way out with donations to the budget, and are released on amnesty.
Показано 1 новость из 1